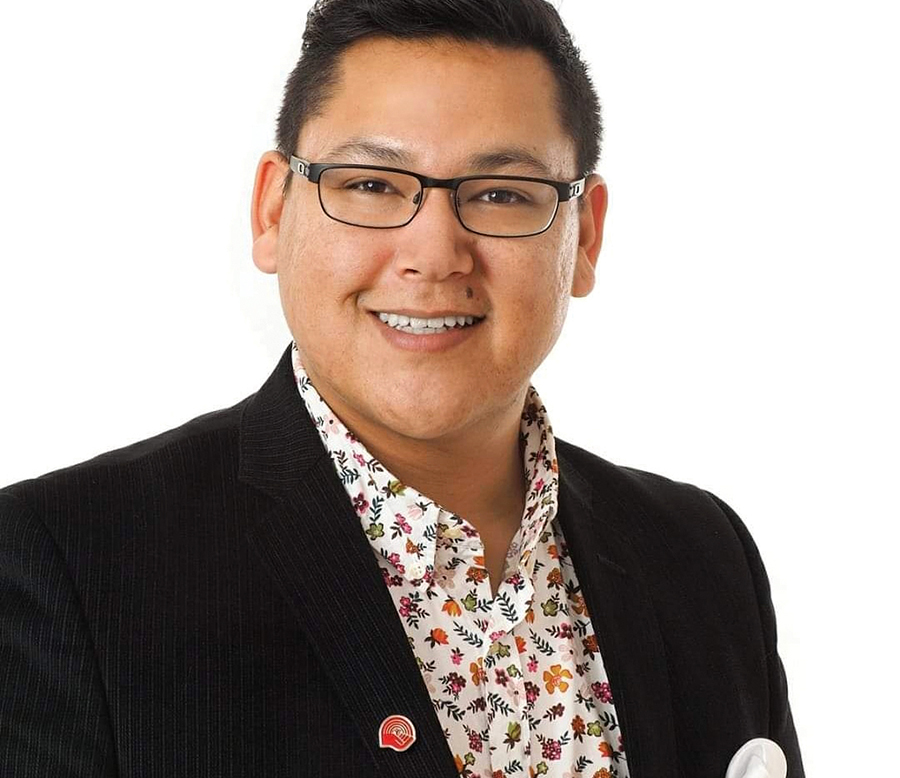 When Jonathan Boyer-Nolan graduated from high school, he felt like he was set adrift. For ten years he searched for meaning, sometimes in not the best places, before waking up one day and discovering a path to healing that would change the course of his young life. The turning point came after the death of his brother, who succumbed to the addiction that had plagued him for years. Thinking about his brotherís children and his parents, Boyer-Nolan made the decision to changeóa change that involved focussing his efforts on serving his community and healing his mind and spirit.

A proud Anishinaabe of the Mississauga First Nation, he knew there was plenty he could do to serve the people around him. After some trial and error, he enrolled at Sault College in Sault Ste. Marie, Ontario, in their Social Service Worker program. His ancestry made the Indigenous Specialization the college offered a perfect fit for him.

It was as if a switch was flipped. The Jonathan that was aimlessly moving through his early to mid-twenties was suddenly focused and purposeful. He immersed himself in his studies and became actively involved in campus life. While at Sault College, he not only stood out as an impassioned learner, but he also became a student leader. In his three years at Sault College, Boyer-Nolan went from being the head of the Indigenous Student Union straight to the topóthe head of the Student Union for the entire college, the first Indigenous student to do so. He eventually made his way onto the collegeís board of governors as a student rep and stayed on the board after he graduated. As if this wasnít enough, he also served as a director on the College Student Alliance.

All this activity didnít take away from Jonathanís studies. The Sault College program he enrolled in provides a general overview of mental health with a focus on Indigenous traditions and holistic practice. It covers everything from on-the-ground patient assistance to policy making and governance. In year two of the program, Boyer-Nolan was given the option of choosing a field placement at a treatment centre, youth facility, or community drop-in centre. He wound up at the Canadian Mental Health Association (CMHA) as a placement student with a focus on concurrent disorders. The Sault Ste. Marie branch of CMHA was a pretty busy place when Boyer-Nolan was there. He found himself learning a lot about clinical practice on the job with the most rewarding experiences coming from his work with members of the Indigenous people caught in the justice system. Because of his life experience and path of self-discovery, Boyer-Nolan was able to bring a degree of empathy and understanding that allowed his clients to deal with their situation with a degree of calm that might have otherwise been absent. He was also given the freedom to bring Indigenous traditions into his clinical practice. Interestingly, a few years after leaving his placement at CMHA, he wound up returning as their Board Chair.

Jonathan Boyer-Nolan eventually landed a job with Nogdawindamin Family and Community Services as a family services clinician in the adult mental health area. He made every effort to focus his practice on Indigenous issues, helping parents who were struggling with the challenges life brings and guiding their children in their efforts inside and outside of school. It didnít take long for the organization to recognize Boyer-Nolanís leadership skills, promoting him to the post of Communications Manager.

Boyer-Nolanís ability to distinguish himself in the realm of Indigenous advocacy earned him a nomination for the Ontario College Premierís Award from his alma mater in the summer of 2021. The award recognizes the outstanding contribution of college graduates in their professional lives. Boyer-Nolan has been inspirational in developing holistic and culturally informed policy for his community. He has also been a key player in a variety of regional and provincial working groups, volunteer boards and non-profit organizations. Overall, his efforts are being credited with opening the eyes of many to systemic issues interfering with the education of Indigenous people. In effect, Jonathan Boyer-Nolan is making the lives of his Indigenous brothers and sisters a little easier as he fights to have their voices heard in environments where they otherwise might be dismissed. In terms of the Ontario College Premiers Award, Sault College President Dr. Ron Common says, ìOur alumni are an important part of our Sault College community, and we are thrilled to have a means to recognize [them]Ö We take great pleasure in sharing their stories and are honoured to have helped to provide the foundation of their professional lives and journeys.î Boyer-Nolan welcomed the nomination and will find out if he is the recipient of the award in November 2021.

Whether he wins the award or not, Jonathan Boyer-Nolan has already established himself as a community leader. He thrives on being part of big decisions and doesnít shy away from volunteering for projects and initiatives that are advocating for change. When asked about his approach to facilitating change, Boyer-Nolan said, ìI like to challenge the status quo and I donít mind engaging in difficult conversations.î He put this premise into action when he appeared on a podcast dealing with mental health issues hosted by Ramblr Project. When pressed by the interviewers about how he feels about Canadaís efforts to bring reconciliation to the Indigenous community, Boyer-Nolan flipped the script. He challenged the interviewers to explain how they felt about the issue. What unfolded was a rich and thoughtful exchange about what reconciliation means.

Jonathan Boyer-Nolan is a proud Anishinaabe, a social justice advocate, a community leader, and a role model. He takes none of this lightly. He is grateful for the opportunities that his days at Sault College afforded him, and for the path that awaits him in the future.