It was a scientific miracle. Less than a year after COVID-19 grew into a pandemic, scientists the world over teamed up to create viable vaccines to protect humanity. A process that normally takes ten years was reduced to mere months as Canada and the world came to grips with the threat posed by the pandemic.

As vaccine distribution gained momentum in the early summer of 2021, COVID-19 infections dramatically declined, leaving many to wonder if a new normal was on the horizon. Canadians were so impressed with the efforts of the scientific community that over 90% of respondents to a survey deemed science an essential part of society considering innovative strides made over the course of the pandemic. Overall, this historic effort highlighted the need for recruitment of the best candidates to STEM (science, technology, engineering and math) professions.

An uptick in STEM applications

Recruiters at colleges and universities have noted an uptick in applications in programs related to STEM—no doubt inspired by the efforts of the scientific and public health communities during the pandemic. Plus, the data is clear: STEM graduates make an average of $15,000 more than their non-STEM counterparts. And, while there is no glaring shortage in most STEM fields currently, that prospect is about to change with the growing need for STEM workers and projected retirements. Therefore many Canadian organizations are making an effort to recruit candidates and build a diverse and inclusive workforce that is ready to meet the needs of the future.

STEM positions in Canada—especially in the area of leadership—continue to be held predominantly by individuals who are male and White. Statistics Canada breaks down the composition of the workforce as follows:

These numbers in and of themselves only tell part of the story. At face value they represent a societal equation that does not identify why the STEM workforce lacks diversity, particularly in the areas of academia and leadership. While Canadian universities and colleges have done an admirable job enrolling students of varying backgrounds into their programs, when it comes to advancement beyond the degree or diploma level, the inclusion of different genders and races plummets. Many believe that, if people do not belong to the dominant group (male, White) the opportunity to get a job—let alone reach the higher levels of management in a STEM occupation—is not in the cards, causing many candidates to bow out early.

The need for diversity and inclusion

Unfortunately, a lot of the evidence of obstacles to diversity and inclusion are anecdotal. However, the conclusions are clear: female, BIPOC and LGBTQ+ students halt their studies early because they lack mentorship, encouragement, and role models that they can relate to. This leads to the same dynamic that has dominated STEM fields for years: a largely male and White cohort deciding which research projects will proceed.

The move to inclusion

Some Canadians are pushing back and initiating a new era that demands more diversity and inclusion in STEM. Take this story as an example:

It was a pivotal moment for Professor Maydianne Andrade of the University of Toronto. After attending the university’s first student-run Black graduation celebration, a neuroscience major approached her in tears. She thanked the professor for her faithful representation of the Black community in what the student describes as an environment severely lacking in cultural diversity. According to Andrade, the student’s recounting of her experience was transformative, “She said she always felt like she stood out, like she was ‘other’—like she didn’t belong there. She told me she wanted to talk to me for four years.” Professor Andrade, who shied away from the idea of being a role model, surrendered to a steadily building realization of the leadership role she could play in the lives of emerging Black academics. “You kind of have to accept that representation is important when you hear something like that,” she said when reflecting on the student’s story. The encounter helped inspire Andrade, a professor of evolutionary biology, to find the Canadian Black Scientists Network (www.blackscientists.ca), an organization that helps Black Canadians recognize their rightful place in the scientific community.

Professor Andrade is not alone in the collective effort to respond to the call for diversity and inclusion in STEM. The multinational corporation 3M recently released its annual State of Science Index. They found that most survey respondents—including a cross section of Canadians—believe diversity in STEM leads to innovation. In fact, half of those surveyed believe that a diverse STEM workforce opens doors for global trade, and collaboration among people of differing backgrounds leads to creative and innovative ideas. 68% of Canadians also acknowledged that underrepresented minority groups often don’t receive enough access to STEM education. As a result, 3M called for change in the areas of STEM education and hiring. Here is what they proposed:

Advocates for diversity and inclusion in the STEM field tend to point out the obvious need for change—change that often feels like it is occurring at a glacial pace. Doug Dokis, the director of Actua’s National Indigenous Youth in STEM program says, “We need to recognize different frames of reference for creating teaching materials and design a system that supports and resonates with diverse world views. For decades, STEM education has focused on western philosophies and perspectives. It’s time to rethink how we teach STEM to support all ways of thinking.” Product Development Engineer and founder of EngiQueers Vanessa Raponi echoes Dokis’s sentiments, adding, “People at a young age need to be able to see themselves reflected in the science community and have the champions in their life who support those goals. To do this we need to lead youth to show them the path to a career in STEM, that it is possible, that there are opportunities for people just like them and that there are supportive programs, educators and champions along the way who will help lift them to an endless array of possibilities.”

School counsellors will play a critical role in leveling the playing field in STEM going forward. Here are a few things counsellors can do to make sure students of diverse backgrounds are included in STEM programming:

The need for diversity and inclusion in society has become a priority in Canada. The news cycle is keeping this topic front and centre, and, with the appropriate focus and corresponding action, the situation will change so that Canadians of all genders, groups, and races will be able to participate in career paths long dominated by certain groups.  In Canada, our diversity is our strength. Hopefully, we are in the process of allowing this diversity to evolve and become absorbed in all aspects of our society. 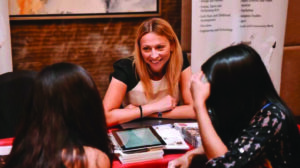 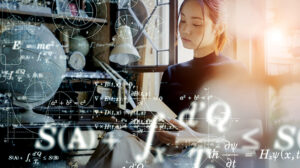 Solving the world’s problems one math equation at a time 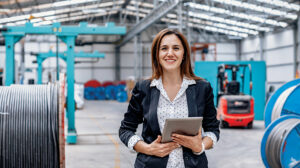 Counsellor’s Corner: A Call to Serve