Skilled trades that are looking for your students

It is no longer “news” to hear prognosticators predict a coming labour shortage in the skilled trades. Mass retirements have been on the labour radar for years, it’s just that now those retirements are starting to happen en masse. This combined with economic growth and one can see that Canada needs workers. To guide this particular promotion of careers in the skilled trades, we’ll stick to two basic facts:

That means there are plenty of opportunities for guidance counsellors to promote and encourage students to pursue a job in the skilled trade sector. Canadian School Counsellor continues to keep guidance professionals informed about the trades that stand ready to take on new recruits. Here’s a look at three trades that represent the greatest likelihood of employment for graduating students today.

A boilermaker is involved in the manufacturing, installation and maintenance of boilers, tanks and vats. While this might sound foreign to many people, boilers, tanks and vats are critical mechanical instruments that can be found in every jurisdiction in Canada. This is an important and major industrial sector job.

A boiler is a mechanism that heats liquid (usually water but they can also involve other liquids) to produce energy. In the case of water, the heated liquid produces steam. In turn, the steam is piped into turbines, causing them to move to generate energy. Boilermakers also install and maintain tanks and vats that store liquids in a safe manner. Boilers, tanks and vats are used in many large buildings, factories and transport vehicles like trains and ships.

What does a boilermaker do?

A boilermaker can do anything from installing a new boiler, tank or vat to maintaining those items. A few of the critical skills needed: welding, blueprint reading and problem solving. Boilermakers deal with big mechanical units that often require big thinking solutions to big problems (maybe challenges would be a better word).

Other important information about starting a career as a boilermaker:

What does a carpenter do?

The carpentry trade is more all-encompassing than people imagine. Carpenters build foundations to homes, building and factories. They install wood and steal elements that frame structures – like trusses and floor beams and wall systems. They work with concrete and stone. They install doors and windows and trim. All this is done with an attention to detail that involves reading blueprints, adhering to building codes and taking precise measurements to avoid material waste.

Other important information about starting a career as a carpenter:

A welder joins and shapes things like metal, pipes and other materials with high powered tools like blow torches and welding machines. Welders permanently join metals and other materials by applying heat, using fillers or using a fusion (joining) process. Welders are true precision workers. The job involves patience and attention to detail.

Other important information about starting a career as a boilermaker:

These three careers in particular provide promising futures for willing young people. The work is steady and in demand either across Canada or in specific provinces. A great resource for counsellors and students is the Careers in Construction website (careersinconstruction.ca). The site lists all of the major skilled trades and goes into the specifics of what they have to offer new recruits. Guidance counsellors are in a powerful position to help students access information about the trades and encourage them to find meaningful work in these worthwhile careers.

Being All We Can Be! 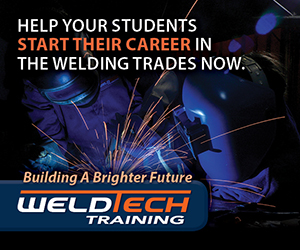