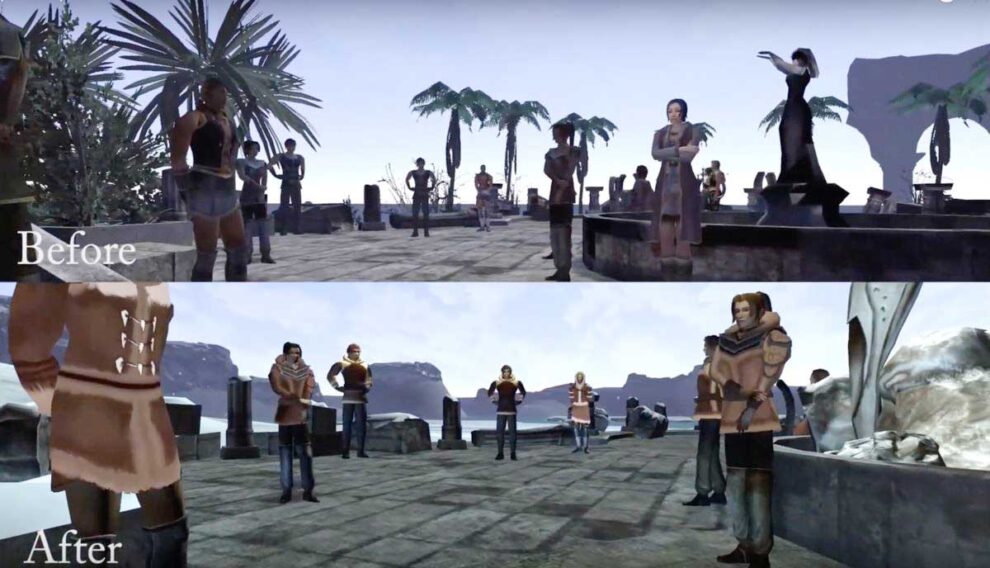 By: Erin Anderssen, Courtesy of The Globe and Mail, published April 23, 2019

On an April morning in Iqaluit, Ayesha Eyegetok sits down to test-drive a new video game. The scenery of snow and rock resembles the Nunavut landscape. A stone centrepiece fountain is decorated with arctic animals, including a narwhal. The characters are Inuit men and women, standing in traditional, fur-lined parkas, waiting for the player to begin a quest that teaches lessons in mindfulness and coping strategies.

The best part, observed Ayesha, a 14-year-old from Cambridge Bay, is that no one’s riding a polar bear or living in an igloo.

The game is the result of a York University project that began last summer with a small group of researchers and game designers travelling to five hamlets across Nunavut, collecting the views of young people.

The goal was to create a Canadian version of an Indigenous game-based mental-health program developed in New Zealand.

Known as Sparx, the video game is designed to teach cognitive behavioural strategies to help youth manage mild to moderate depression and anxiety. A 2012 study published in the British Medical Journal found it to be as effective as face-to-face therapy for youth – a service in short-supply in Canada’s North.

But to bring the game to Nunavut, it needed to be changed. The palm trees, for starters, had to go. In New Zealand, where it is free and available online across the country, the characters are Maori, dressed in piupiu – a traditional skirt made of flax leaves – and they speak with New Zealand accents. Dialogue for the Canadian version of the game will be recorded by locals in Nunavut.

But researchers wanted more than tweaks to a game. They wanted the young people offering suggestions for design changes to learn about mental health at the same time, so that they might feel empowered to speak up about a problem that has devastated their northern communities. Although the trend has been improving slowly in the past few years, Nunavut’s suicide rate is still about nine times the Canadian average, and the highest in the country.

“I am aware of communities that have been very burnt by researchers flying in and out,” says Yvonne Bohr, a psychology professor at York, who is the lead on the project. “Our point was not to just come in and provide this program. We wanted it to be community directed.”

The game uses the evidence-based principals of cognitive-behavioural therapy, which works by challenging negative beliefs or thought patterns and building up coping skills for emotional situations. It takes the player through a series of quests that teach specific skills around handling stress and pressure. In one, the main character is coached on mindful breathing; in another, they are taught healthy ways to deal with anger or when to seek help.

“If you don’t feel comfortable talking to people, it helps you cope with your feelings,” says Ayesha, who mentions the breathing exercises in particular.

Some of the skills, she suggests, could be easily passed on to her friends and siblings. The game, she says, teaches you that when you are are in a bad situation, you can change your thoughts – “you don’t have to always worry in a certain way.”

The consultations process involved 21 youth and a handful of community leaders, who tried out the original game and recommended changes. Last week, a group gathered in Iqaluit to evaluate the new version with the research team. This summer, the game will be tested in a clinical trial involving a group of roughly 70 northern youth.

The exercise had its challenges. In addition to the difficulty of travelling across the North and bringing technology to remote communities, the design of an 11-year game itself proved harder to change on a budget. This meant not all the youth suggestions could be included, according to the designers at Pinnguaq, a non-profit organization that creates tech-based learning opportunities for remote and northern communities and that provided the technical support for the project. (Prof. Bohr hopes to get further funding for a future game that can be built from the ground-up.)

At the same time, Pinnguaq founder Ryan Oliver says the approach was an example of how to make a mental-health program culturally sensitive – while also engaging kids on the ground who may not have easy access to computers.

Pinnguaq recently opened a new centre called Makerspace in Iqaluit, where staff run a tech-based after-school program for youth. The group now has plans to open a similar site in Pangnirtung, a community of 1,500 on Baffin Island.

Talia Metuq, 25, who works with Pinnguaq and has her own video game based on Inuit mythology launching in the coming weeks, helped facilitate the youth sessions in her hometown of Pangnirtung.

“It made a huge difference,” she says, by helping the youth feel “they owned the game.”

Online CBT has been found to be cost-effective for less severe forms of depression and anxiety. Video games are the natural evolution of innovations that use apps, texting and social media to provide mental-health support, particularly to young people.

Exploring technology-based options, Prof. Bohr suggests, is essential in places such as Nunavut where access to mental-health professionals is limited or requires flying out of the territory entirely – a stressful endeavour that takes patients away from their homes and family support.

As Ayesha puts it, having the game set in a familiar setting means the player can focus on the lessons.

“It made me happy,” she says, “that some people had taken the time to ask us what we think and how we feel, instead of just giving us a game based on stereotypes and calling it special.”