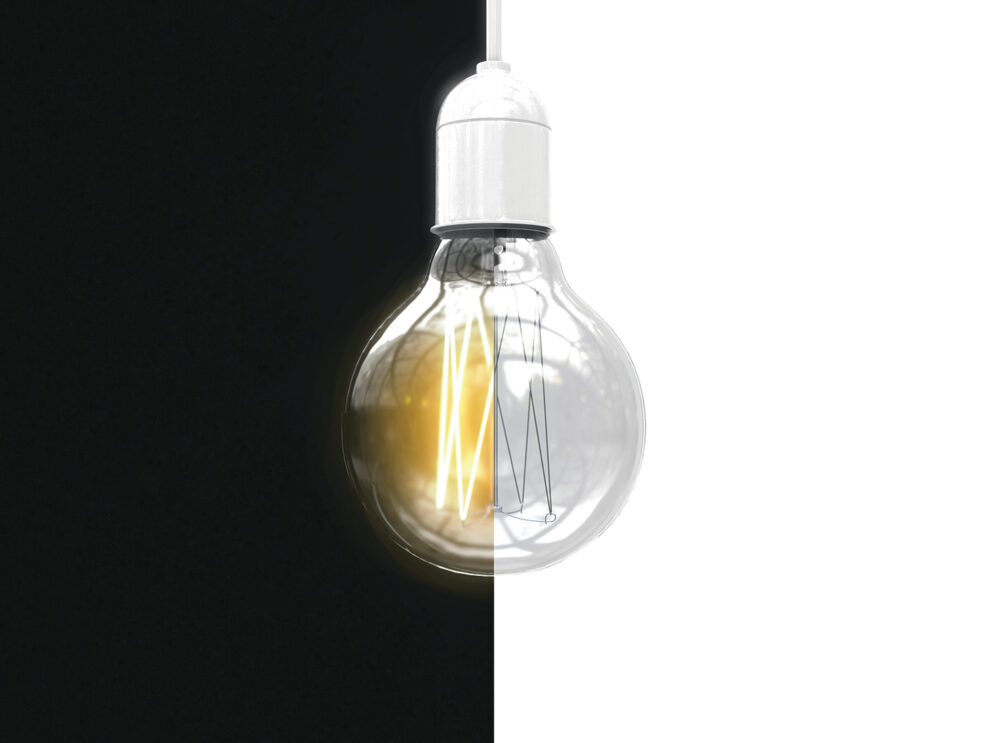 Let’s be honest: we were all afraid. When COVID-19 started its sweep across Canada in 2020, we were startled, not only by the emergence of this unknown virus, but also by the sudden shutdown of society. Many of us willingly stayed home because this virus was so new that we didn’t want to risk succumbing to its manner of infection. And as businesses closed, so did schools. Suddenly public health became the governing principle behind every decision we made.

Now, two years later, educators are just beginning to hit their stride as things are normalizing. The number one priority remains safety. However, hovering closely behind is the inevitable skill and learning gap that has emerged because of the shutdowns and the sudden shift to remote learning that, depending on where a student lives in Canada, may have taken them away from the physical school building for months.

Education researchers have long understood that any absence from school leads to learning deficits among students. The ‘summer slide’ or ‘summer setback’ has been well documented as student retention of literacy and numeracy skills in particular regress in the summer months when students are away from school. If the summer months lead to a learning gap, what kind of gap did the pandemic create? This is the question that many education researchers are asking, and the answers aren’t immediately forthcoming.

In fact, some educators feel like the learning gap is the dirty little secret that provincial governments and school boards don’t want to deal with. Kelly Gallagher-MacKay, an assistant professor and researcher at Wilfred Laurier University, says the skill gap has been greeted with ‘deafening silence’ by the Ontario government. The University of Toronto’s Scott Davies agrees, adding, “We’re a little in the dark … We don’t know exactly where we stand and there may not be the same motivation if you don’t have data points to say there’s a certain need to be addressed.” The pandemic has been front and centre for two years, and so has the evolving learning gap. It takes planning to overcome these deficits and, according to some, no significant planning is taking place.

To be fair, the hyper-vigilance when it comes to public health has put the needs of students on the backburner (whether you agree with this strategy or not). With safety as a priority for both the government and educators, the fact that students have been falling behind—while very much on the radar—became something that many felt could be dealt with down the road. Well, it appears that we are officially ‘down the road’ and efforts to address the learning gap need to begin in earnest.

How bad is it?

Scott Davies partnered with Janice Aurini of the University of Waterloo to co-author a report early in the pandemic that surmised that students of average ability lost as much as three months of learning progression due to the first school shutdown in 2020. Students with higher needs and a tendency to struggle saw their progression drop back by ask much as a year. They drew their conclusions by looking at the typical ‘summer setback’ that students of varying abilities experience from year to year and extrapolated that data over the course of the original pandemic shutdown combined with the summer break. Obviously, the gap has grown with subsequent school closures. Another study, this one by the University of Alberta’s Professor George Georgiou, found that students in the early grades were performing eight months to a year behind previous cohorts in reading comprehension as a result of school closures. Notably, and this point comes up time and again, the lag was worse for students with greater learning needs or from less privileged socio-economic backgrounds. According to Georgiou, “The problem is that, if these kids … keep going through grade levels without having their reading performance fixed, then they will be experiencing all sorts of other issues.” While Georgiou’s work was with younger students, similar assumptions can be made for high school students.

Some observers have been particularly fatalistic about the current situation. A Harris Poll commissioned by Express Employment Professionals (EEP) found that over 80% of respondents fear the pandemic school shutdowns have created ‘a lost generation of students.’ Already lagging in skill development before the pandemic according EEP, the worsening skill gap could mean dire consequences for the future labour market. From their perspective, drastic intervention is needed immediately.

Despite the apparent doom and gloom, Thomas D’Amico, Director of Education for Ottawa Catholic School Board, says there is room for some optimism. He believes that students learned important new skills over the course of the shutdowns, the most important being resilience, perseverance, self-discipline, and digital literacy. He says, “The learning loss is important for that targeted group of students that were completely disengaged or stopped attending. But for those that did participate, they have skills that they would never otherwise have had if it wasn’t for the pandemic. They will move along if we address their mental health and well-being. Then they’ll be in a position to continue to learn.”

How are the provincial governments addressing the problem?

Most provincial governments are heeding the call of the those demanding action. Alberta says it will spend $45 million on literacy and numeracy support for the early grades. Ontario has also earmarked money—$20 million—for reading assessments in the early grades. British Columbia has pledged $18 million to the students with the greatest needs. Meanwhile, Quebec is funding tutoring programs to help students get back on track.

The one province that stands out in the fight against the learning gap is Prince Edward Island. PEI changed their curriculum, boldly acknowledging that school closures led to less learning. According to Tamara Hubley-Little of the PEI Department of Education, “Not only did we compact the curriculum in anticipation of interruptions, but in some cases, we took learning from the previous year and pulled it into the next year, so that students with learning gaps would be addressed.” The principal of Summerside’s Athena Consolidated School, Jerry McAuley, thought the curriculum revisions made sense because asking students to jump ahead without developing their skills would be too discouraging, adding, “It would be unfair for them. I think it would be unfair to ask the teachers to deliver that, without some of the foundational elements they really needed to be successful …”

What do the teachers think?

Educators have been open about their concerns regarding the learning gap. The CBC conducted a survey called Schooling Under Stress prior to the 2021-2022 school year. Over 50,000 educators across Canada filled in questionnaires dealing with the state of education. Their analysis was rather dire: more than half said students were not meeting the learning objectives set out in most courses. They admitted to grading more leniently, and worried that modified assignments and cancelled exams would set students back further. Even more startling was the fact that two-thirds of educators reported some students opted out entirely when classes went to remote learning. This position was echoed by a Canadian Teachers Federation survey of members who said a small minority of teachers reported that “almost all” of their students were checking in online. This was contrasted with 35% of teachers who said that had regular contact with a quarter of their students and 64% who said they were in regular contact with half of their students. Meanwhile, over 70% of the teachers in the CBC poll felt that some students will not be able to make up the learning that was lost while the schools were closed to in-person learning.

Who was most affected?

If you ask any educator who was affected the most by school shutdowns and the shift to remote learning, they’ll almost all say the same thing: students from new immigrant families; students with learning disabilities; students from lower socio-economic circumstances; students who lacked adequate access to technology; racialized students; and students whose parents had to work and couldn’t supervise their child’s studies. While this does not mean that all students in these groups suffered, it does paint a picture that, anecdotally, covers those who, when they returned to school after closures, demonstrated the largest learning gaps. According to Janice Aurini, the co-author of the study cited earlier, “Those kids who were already vulnerable—who already had summer learning losses and the challenge of having to catch up after summer vacation—are now entering school even further behind than they normally world have.”

With in-person learning back on across Canada, plans to address the learning gap can be put in place. But first educators need to assess learners to create programming to meet students where they are at—whether that is lessons, units, or entire grade levels behind. Many teachers are very worried about the students who became disengaged from the learning process over the past two years. Studies suggest that the likelihood of a student graduating decreases exponentially for each week away from school. What does months away from in-person learning mean for entire school populations? Clearly, aggressive interventions will be necessary in order to maintain a respectable graduation rate.

A lot of effort has gone into describing what educators already know: the pandemic created the conditions for a learning gap to emerge. However, what many observers fail to remember is that the education community is in the business of dealing with learning gaps. Educators are creative, committed and devoted when it comes to student advancement. In other words, this is a problem that can be solved over time.

Guidance counsellors can be the ones to keep a level head as the learning gap is addressed over the next few years. While students, parents, teachers and administrators may express panic over the lost learning over the previous two years, counsellors can share some perspective. Here are a few ideas that may help:

Teachers are trained to creatively address the learning needs of students. They are experts (or at least should be) in assessment and evaluation. Trust that they will put their teaching skills to work and help students get back on track. Also, remember that educators of all stripes have the best interests of students at heart. This is not going to change because it is the guiding spirit of the education process.

Sometimes teachers need to be reminded that, at times, they can only do so much. While students, parents and (perhaps) the administration is demanding immediate movement on the learning gap issue, demonstrate to your colleagues that these things take time. Also, many boards have encouraged hybrid learning—an extremely taxing form of double-teaching where teachers are asked to teach the students in front of them and the ones attending virtually at the same time. Hybrid learning is a recipe for teacher burnout. Sometimes when a teacher is during the teaching storm, they cannot see that they are limited to what they can do and cannot meet what is being demanded of them.

If lenient marking was part of the remote learning environment, don’t be surprised if panic-stricken students (and their parents!) express concern over lower grades. Remind students of the challenges presented over the course of the pandemic and the learning that was likely thwarted by a lack of in-person education. The learning gap is an impediment—not an insurmountable obstacle—that can and will be addressed. Also, encourage them to remember the skills they developed when schools were closed to in-person learning: mainly resilience and determination.

Guidance counselling if often about messaging. In this case, the message needs to be clear:

The learning gap will be addressed—professionally, over time. 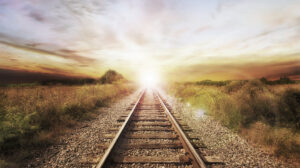 All Aboard: A rewarding career in rail awaits

What Do I Know About Reconciliation