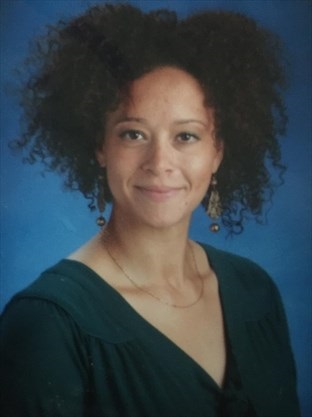 A survey by the Ontario School Counsellors’ Association found that providing mental health help is the most drastic change the profession has faced. It found the top priority was for training that pertains to student mental health and wellness.By: Kristin Rushowy / Toronto Star, Published March 25, 2019

Photo Caption: Nicole Trotter, a middle-school guidance counsellor with the Peel District School Board and president of the Ontario School Counsellors’ Association, says “mental health just falls into pretty much everything within our work.”

Student mental health is a huge concern for school guidance counsellors — who these days help kids with everything from stress to substance abuse and have even become the go-to person for families looking to find counselling.

A survey by the Ontario School Counsellors’ Association, to be released Monday, found that providing mental health help is the most drastic change the profession has faced, given a general lack of services and long wait times in the community — and it’s the one area they are now urging they receive more training in, given the new realities of their job.

Not only do they provide support to students but are often expected to link families — and even marriages — to community agencies in times of crisis.

“The minute somebody’s at my door, I drop everything — they are what matters most,” said Nicole Trotter, a middle-school guidance counsellor with the Peel District School Board and president of the association.

With school board social workers and psychologists already stretched among a number of schools, “we can’t diagnose (mental health issues), but we are sometimes the first resource the school comes to — teachers come to, students come to — when there’s an issue.”

The survey of 650 school guidance counsellors, who are specially trained, fully certified teachers, found that the top priority for training among those working in both elementary and secondary pertains to student mental health and wellness.

They spend more than eight hours a week working with students on social/emotional and interpersonal issues as well as liaising with psychologists and mental health professionals.

When asked what they think students’ expectations are, guidance counsellors said “be a mother,” “be a father,” “psychologist,” while parents want them to “be the parent when they cannot get through to their child,” as well as “family or marriage counsellor.”

The changing role of the guidance counsellor — typically thought of as someone who helps with course selection and career and post-secondary pathways, and who support students who have been disciplined — was confirmed in a recent People for Education survey, which found that one in four high school counsellors spent much of their time “providing one-on-one counselling to students for mental health needs.”

High schools have an average of roughly one guidance counsellor for every 385 students. Most elementary schools, because of their smaller size, share a counsellor with a number of other schools.

In 2018, the former Liberal government provided additional funding for counsellors specifically to help students in Grades 7 and 8.

“We are the first contact,” added Trotter, who works full-time in guidance thanks to a special initiative in Peel that has added even more guidance resources. “Because of our role, we are spending (the) most time with these students when they are unable to manage the demands of the classroom.

“We might be providing a safe space, calm learning conditions, or helping a student calm down after a panic attack. It can be anything.”

Counsellors also work on diversity and inclusiveness initiatives, bullying and cyberbullying prevention but at the core of all that they do “mental health just falls into pretty much everything within our work,” she added.

Psychologists and social workers aren’t on-site and work among a number of schools, “we also know in the community that wait times are horrible,” she added. “One of the biggest things are pushing for is training and professional development in all of these areas when it comes to mental health — self-harm, suicide — anything along that mental health scope, because we are helping to manage it on the front lines.

“It’s students first — you can’t turn a student away.”

“I think of my own day,” she added. “I start with my students most at risk, and I end my day with them as well … it’s students first. You can’t turn a student away.”

With kids feeling more comfortable speaking out about mental health, the Ontario Student Trustees’ Association is looking for more support and resources in schools. A recent survey it conducted found one in three students felt there weren’t enough, and about half of parents and teachers felt services were inadequate to meet demand.

Clarington Central Secondary School student Lindsey Keene said teens naturally head to the guidance office because they are a constant presence, and students are assigned to one in particular, so they have a familiar face to turn to.

Given the recent announcement by the government — boosting secondary class sizes from 22 to 28 over the next four years, with an estimated 10,000 teaching positions lost — Keene said the association is worried about losing any adult presence in schools.

The government has said the class sizes are in line with other jurisdictions in Canada, and that larger classes can help build teen resiliency.

The student association has been advocating for more guidance counsellors in elementary and secondary schools, she added, given the level of youth stress and anxiety.

“At this point, we don’t know what might happen in terms of what staff schools might lose … but we want to make sure that those positions stay there,” said Keene, who is the public affairs co-ordinator for the organization.

“The bottom line is: We have a crisis and we don’t have enough staff to address it,” said Rizzo.

The Ontario and federal governments have pledged $3.8 billion over the next decade for mental health support for adults and children.