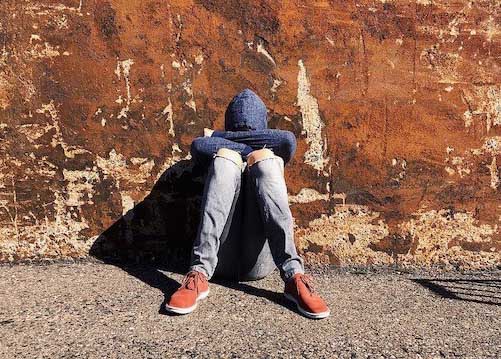 The rising number of children being taken to hospital for suicide attempts and suicidal thoughts is being described as a crisis, but Canadian data is too incomplete to measure the scope of the problem, a Montreal researcher who has studied the issue says.

Dr. Brett Burstein, a pediatric emergency room physician, co-authored a study published this week that found the number of children who have been hospitalized in the United States for contemplating or attempting suicide doubled between 2007 and 2015 — to 1.12 million from 580,000.

Suicide attempts or thoughts also increased as a proportion of all pediatric emergency room visits, from 2.17 per cent to 3.5 per cent. The findings come from public health data maintained by the Centers for Disease Control and Prevention and analyzed by Burstein and two Montreal Children’s Hospital colleagues, Holly Agostino and Brian Greenfield.

Burstein says comparable national data isn’t available in Canada, but evidence suggests a similar trend is occurring. He notes that in his hospital, emergency room visits for suicide attempts and suicidal thoughts have increased by 55 per cent rise since 2015 and now account for approximately two per cent of all visits.

“Certainly, what we’re seeing (in Montreal) models the experience we’re seeing (in the study), as has the tendency for that patient population to be younger and younger,” said Burstein, who is also an associate investigator with the McGill University Health Centre’s child health and human development program.

“It’s reasonable to call this a pediatric mental health crisis,” he said.

Burstein says one of the most disturbing findings to emerge from the American data was the fact that 43 per cent of the children taken to the emergency department were between the ages of five and 12.

He said that number is particularly worrying because a first suicide attempt is “the strongest predictor of a lifelong risk of completed suicide.”

He says the study, published in the Journal of the American Medical Association, shows a clear need for more training for emergency personnel to ensure children get the help they need quickly. “This is our port of entry and our opportunity to identify people at risk,” he said.

He also called on Canadian public health officials to develop national health data comparable to what exists in the United States.

“We think of American trends as a problem that’s south of the border only,” he said. “It’s not that it’s an American problem only. It’s that we don’t even know if it’s a Canadian problem, very often.”

He says that would allow officials to direct funding more effectively to treat what he describes as an “epidemic” of suicidal thoughts among Canadian youth. He said the rise in suicidal behaviour can be explained by a combination of factors, including a lack of mental health services, youth feeling increasingly pressured to succeed, and social isolation and bullying brought on by social media use.

“This is really a transition period for children, both neurobiologically and socially,” he said in a phone interview. “They have to navigate different social settings and peer groups while discovering who they are and juggling greater responsibility and how to live more independently.”

Hosseiny says effectively tackling the problem will require much larger investments in mental health services, so that people no longer have to wait months for treatment. Ultimately, he believes mental health should be placed on a par with physical health, including being taught in schools just like gym class.

“Are we teaching social and emotional learning in schools, where kids can navigate through their feelings and understand what a tough day is when they’re struggling?” he asked. “We’re not doing that.”

He said that while the reasons for suicidal behaviour are multiple and complex, there are also “protective factors” that loved ones can put in place to help young people who are struggling. These include family connectedness, self-esteem, a positive school environment and peer support, as well as better early intervention and treatment. “We don’t wait until Stage 4 to treat cancer, so why do we do it with mental illness?” Hosseiny asked.