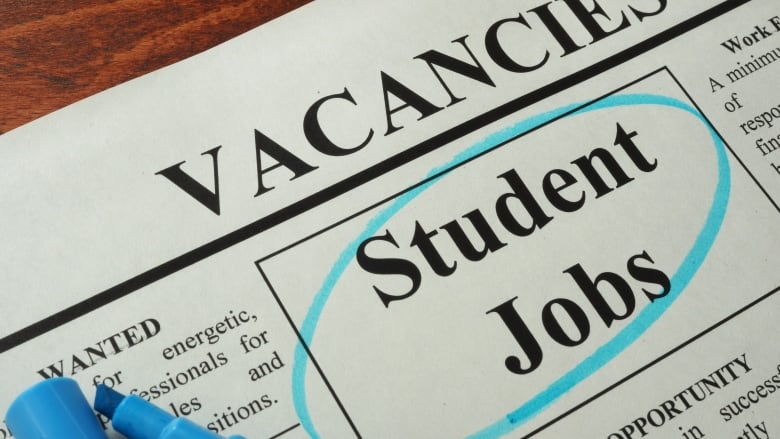 Service, tourism industries will be looking for summer help

School will be out in P.E.I. a couple months, and many students 16 and older will be looking to earn few extra bucks during their summer break.

Now is a good time to get your resume into places that typically hire students. According to Blake Doyle, owner of Island Recruiting, that usually includes companies that have a larger base of employees that need additional help in the summer, such as the service and tourism industries.

It starts with the resume

Keep it concise— two pages max — which shouldn’t be an issue because you likely don’t have much work experience yet.

But you can still list the skills that you can bring to the job, Doyle says.

“You’re committed. You’re on time. You’re considerate, things about your attributes and your life experience that you can bring to that employer.”

If you do have some past work experience, he said, tailor your resume to the environment you’re applying to.

“So if you were working as a painter previously, now you’re going to work as a front counter attendee dealing with public, make sure you take the skills you learned from your past job and apply it into this new role.”

Dress for the position

The interview stage is where you make the first impression. A backward ball cap might not be the best choice of attire. That is, Doyle said, unless you’re applying to a place that sells ball caps, or that’s how the boss or everyone else dresses there.

“Look around. If you’re going to a fast food job, what are other people wearing? Are they wearing ripped jeans and flip flops or are they wearing clean sneakers and tidy jeans? Just try to dress consistent with whatever the culture appears to be in that organization.”

There are exceptions, however. A good rule of thumb, he said, is to dress as though you’re capable of being a mid-level manager.

“Even if you’re coming in to do, I don’t know, sanitation work, don’t dress like the sanitation person. Dress appropriately for the position but make sure you always appear as though you could move up the chain of command into another role.”

Anybody can get anxiety during a job interview, especially teenagers, McCabe said. But there’s less pressure if you come prepared.

“It’s not an easy skill to sell yourself or to try to convince someone why you’re the best person for the job,” she said.

“They’re still trying to figure out out who they are so that’s where lots of practice comes in handy for these kids. Go home, practise saying out loud what you’re good at, what you’re all about and move in from there.”

Be enthusiastic, be engaging, try to maintain eye contact, she adds.

If you’re going to work in the service industry make sure you understand the type of service you’ll be doing, Doyle said.

“So with a restaurant, what type of food do they serve? What are the busiest times a day? How can you support that employer to meet their objectives which is probably serve their customers and do a good job and make money?

“So make sure you understand what it is that’s driving your employer’s agenda and then how can you serve that because they’re ultimately hiring you as a student or an employee to help support their goals.”

That means don’t be late, and don’t take out your phone, McCabe said.

And while being on time is critical, not going over your allotted interview time is also a sign of respect, Doyle said.

Also, they say be careful about what you post on social media before and after the interview, because the employer might be checking.

Chances are this is not going to be your dream job. But it could at least be a stepping stone to a better job, Doyle said.